KATHMANDU, Jun 24: Minister for Foreign Affairs Pradeep Kumar Gyawali had a telephone conversation with the US Secretary of State Michael R. Pompeo on Wednesday afternoon.

According to the Ministry of Foreign Affairs (MoFA), the two sides discussed the importance of developing partnerships between the two countries. Minister Gyawali appreciated the US support which has completed Nepal’s efforts for socio-economic development. 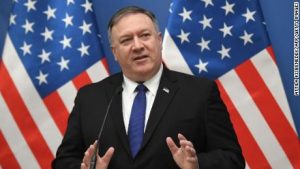 The conversation between Gyawali and Pompeo comes in the wake of Nepal repeatedly failing to endorse the Millennium Challenge Corporation (MCC) agreement to expedite the implementation of projects identified to be developed under a $500 million grant.

Although the two sides had earlier agreed to endorse the MCC agreement through the parliament by June 30, Nepal looks to miss the deadline as the meeting of the House of Representatives (HoR) has been put off till July 1. 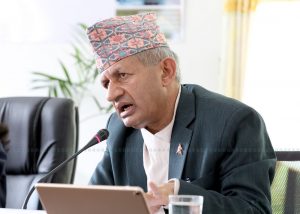 Sources within the ruling Nepal Communist Party (NCP) say the intra-party differences on whether to endorse the MCC agreement has caused the inordinate delay to expedite the MCC projects. The party is expected to make a formal decision about the MCC through the ongoing Standing Committee meeting that began on Wednesday.

During the conversation, Minister Gyawali appreciated the support provided by the US government to Nepal’s health sector, among others, through the projects related to the COVID-19 pandemic. “Secretary of State Pompeo assured Nepal of continued US cooperation,” said a press statement issued by the MoFA. The two sides expressed confidence that cooperation will continue to grow in the post-COVID context with an enhanced level of economic partnership, the statement further said.